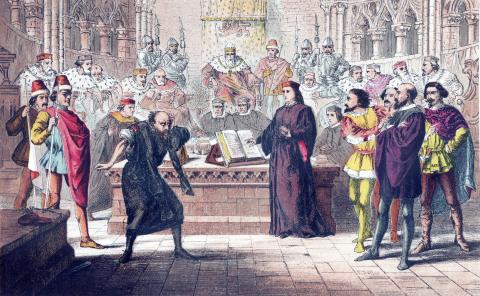 Bed for 24 people, mulled wine, teaching Wallpaper, luxury hairstyles and other amazing information about the history of life and manners, without which you will not be able to understand Shakespeare.

Emerging homosexual connotations (already strong on the stage of the Elizabethan, where all roles, male and female, were played by male actors) are a further denigration of Desdemona: her treachery appears to be Othello literally "monstrous", "unnatural". In addition, the Iago in this fictional story appears to be an unwitting double Desdemona and this is his secret desire to supplant their legitimate places, and Desdemona, and Cassio. In "Twelfth night" is mentioned the famous "bed", installed one innkeeper from the town to attract the curious: it was able to fit 24 people.

You are chockfull of little answers! Not taken if you Dating wives jewelers, not whether you memorized by heart the inscriptions on their rings? No, but the answer you like the Wallpaper which you borrowed your questions.

Jacques suggests that Orlando had memorized hackneyed slogans that jewelers at the time applied on the inner surface of gold and silver rings; in the original Jacques uses words with double and indecent meaning, at the same time hinting that Orlando enjoyed the special favor of their wives jewelers. Orlando in response refers the interlocutor to cheap fabric Wallpaper, which then often covered the walls instead of expensive tapestries; these Wallpapers are painted, adding to the pictures of different kinds of admonitory sayings, gleaned from the Bible or classical Greek mythology. Orlando wants to say that he speaks in simple language, but replicas of his interlocutor flat and boring as of graffiti.

The mention of a quirky hairstyle of the main character is in "Hamlet". The Ghost in conversation with his son, referring to their afterlife suffering, notes that "the slightest sound" about them "you have the soul your curls. And every hair hoisted upright, As the needles on the porcupine". In the original refers to "knotted" and "twisted" hair of the Hamlet. Later, Ophelia, Recalling how Hamlet was before the unfortunate events in Elsinore, calls it "the stamp of grace, mirror of taste" and thus, Hamlet was wearing the most fashionable hairstyles.

In the Comedy "Fruitless efforts of love" king of Navarre and his entourage are trying to care for the French Princess and her ladies, but all their efforts met only ridicule. Then, to impress the ladies of their hearts, lovers of men decide to have a masquerade and appear to them in the form of ambassadors from a distant. But it leads nowhere. The king and his retainers, apparently in high boyar hats to style, ignominiously removed, and the most spirited of the ladies in waiting, Rosaline, throws them after unflattering comparison:

In the original Rosaline is talking about "simple caps established by law". This is a direct reference to the headdress of the common people, whose clothes in the second half of the XVI century are indeed regulated by numerous laws. When the Tudors in England, there was a rapid socioeconomic changes that brought down a previous "snapshot" of the medieval hierarchy of the estates.

Ordinary citizens merchants, rich artisans, representatives of new professions (such as actors and playwrights, which belonged to Shakespeare) is rapidly becoming richer, and demonstrated the abundance of lush clothes, sometimes eclipsing the old clothes of the nobility. With this fact and tried to fight at the legislative level, and the sheer number of regulations limiting the clothes of the common people, suggests that this struggle was not very successful.