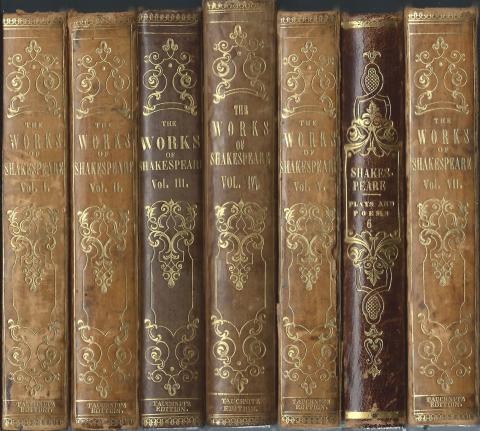 "Well, once more unto the breach"

actually, these words of Henry to modern English are in the same row as "Arise, great country" for the Soviet people. No wonder that in 1944, shortly before the allied landing in Normandy, an English actor and Director Laurence Olivier filmed "Henry V" to breathe courage in the fellow; this film (as Eisenstein in 1941) was a huge success.

But "Henry V" was written by the Mature Shakespeare, and therefore, even the victorious king depicted here is ambiguous. Henry remembers how he got the crown to his father and afraid that the court of heaven will charge a duty to the family directly on the battlefield. Unrecognized, he wanders among the soldiers and hear, that not all of them dream to die for their king.

French Princess Catherine, as if anticipating that she will be taking care of the groom is the conqueror, pre-teaches English, fun preventing it from native speech. Henry woos her in a crude manner, brings to mind the Comedy "the taming of the shrew". But this is not a Comedy, their marriage is political: together with Catherine Henry gets France. However, the reader will remember that Henry others enthusiastically calling on the eve of battle to the "handful of lucky brothers" with whom he was willing to fight and die. His dangers are genuine, and therefore the triumph of rosy. "God for Harry, England and Saint George!"

In this play, a great story, a pastoral tale, and domestic anecdote mixed in proportions unusual even for late Shakespeare, was particularly generous of genre experiments. Its main theme is separation and deception, delusion and enlightenment, but it is also a Patriotic piece: the action "Cymbeline", unlike other Shakespearean tragicomedy, "The Tempest", "Winter tale", "Pericles", set in ancient Britain.

Cymbeline, a legendary king, who ruled allegedly in the time of Augustus. In Shakespeare's play Cymbeline defies the Roman Emperor, and no matter how enthusiastic the reader the UPS and downs of the private plot (the main character is the daughter Cymbeline Imogene), he can't help but feel Patriotic enthusiasm with which the author describes the preparations for war and the war between the two powers, in which paradoxically both celebrate the victory.

However, war is only a background against which unfolds the misadventures of the protagonist of the play, the daughter Cymbeline Imogen. Her image incorporates features of many of Shakespeare's heroines. Like Juliet, Imogene young, barely having time to get married, loses her husband. Like Desdemona, she is accused of a crime he did not commit. Like Rosalind from the Comedy "As you like it", she disguised as a young man, to escape from the house. As Julia from "Two noblemen of Verona", in this form, it does not know even the closest people. But none of the previous heroines of Shakespeare, "changed" sex, are not aroused such admiration in touching all counter: she was ready to serve everything from a Roman General to have not seen her brothers and even father.

Luckily, Imogen is waiting for the fate of Desdemona and Cordelia. One of the key episodes "Cymbeline", the focus from the chest in the bedroom of the main character, was borrowed from Shakespeare, Boccaccio, and liberated the spirit of the Italian novel does not thicken the atmosphere of the tragedy. However, not all the characters of this play make it through to finals no wonder the publishers of the First folio has placed her tragedies.