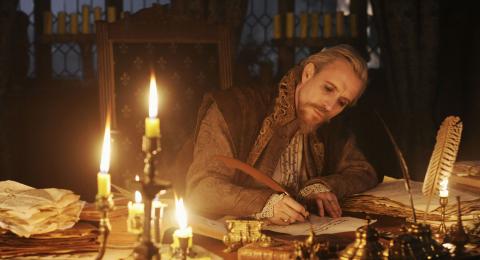 Several years ago the author of these lines was lucky to work in England. I managed to find time and to visit places associated with Shakespeare-Rutland. In the majestic Belvoir is Esplanade for guns, exactly-in-exactly such what is described in the Elsinore of "Hamlet" in Elsinore real it is not. In the town, lying 4 miles from the castle, the Church of the blessed virgin Mary along the walls and in the middle of the nave, the rows of headstones, the impressive sculptures, many in armor, some in crowns. And almost at the very altar - tomb with a painted figure of the 5th Earl of Rutland, made in the same workshop of Nicholas Jansen and his brother Gerard, where do and the Stratford monument Shakespeare.

The count lies, raising his clasped hands to the sky; a little lower, next to him is his wife, the Countess of Rutland (although her remains have never been buried). On the wall table, telling about the strange circumstances of the burial of count. For some reason it was buried immediately without opening the coffin, as soon as brought a dead body. Funerary procedure took place two days later. Widow it was not present.

Why all these oddities? In his book decodes them. 80 years ago it was found (among the already published!) a letter of a contemporary, telling the Countess of Rutland a week after her husband's death, took poison, and was buried in St. Paul's near his father Philip Sidney. But why she was not at the funeral of her husband? And another question: why he didn't say a word about it in his will? Don't forget about the servants, about the near and distant relatives - another word about her.

One explanation: they had agreed that she would follow. At the funeral it was not because buried not of Rutland. Because of the closed coffin lid. If it was, there would be no need to bury the body immediately - it was embalmed, there is a record about the payment for it. In the grave by someone else.

Of Rutland Elizabeth buried beside him in St. Paul's. Not becoming one flesh, they are in death were one essence. Juliet followed her Romeo. Great passion, born of the unity of the spirit!

In 1666 during the Great fire of London in St. Paul's burned down, burned his grave and tombstones. Then the Cathedral was rebuilt of stone.

In St. Paul I asked the servants where the tomb of Philip Sidney. I was given a guide an old lady, and she led me to the crypt, the basement, explaining that there's no grave and no headstone, they burned, there is only a plaque installed much later. I knew all this stuff already, but gratefully listened to.

Black plaque with a medallion portrait in white marble. Probably, the image was done on the portrait stored at the National portrait gallery. On the portrait I was struck by the inscription in Latin - "the Rest is glory." Almost like Hamlet's "the Rest is silence." Apparently, in this family, contempt for fame was hereditary. Dying, Sidney bequeathed all his manuscripts to be burned. His sister Mary is a mandate not fulfilled - all maintained, updated and published. It is thanks to her, England has gained a great poet. Huge and its role in publishing and editing the works of Shakespeare; perhaps some of them she had a hand as a co-author.

A nearby plaque in honor of Philip Sidney - immediately attract the attention of a figure of white marble. This is a statue of John Donne, the only tombstone that had miraculously survived after the fire. Donne was rector of the Cathedral, and a priest he took on the advice of the chaplain of Rutland. Who knows, maybe the poet was prepared in advance of the custodian of his posthumous secrets. 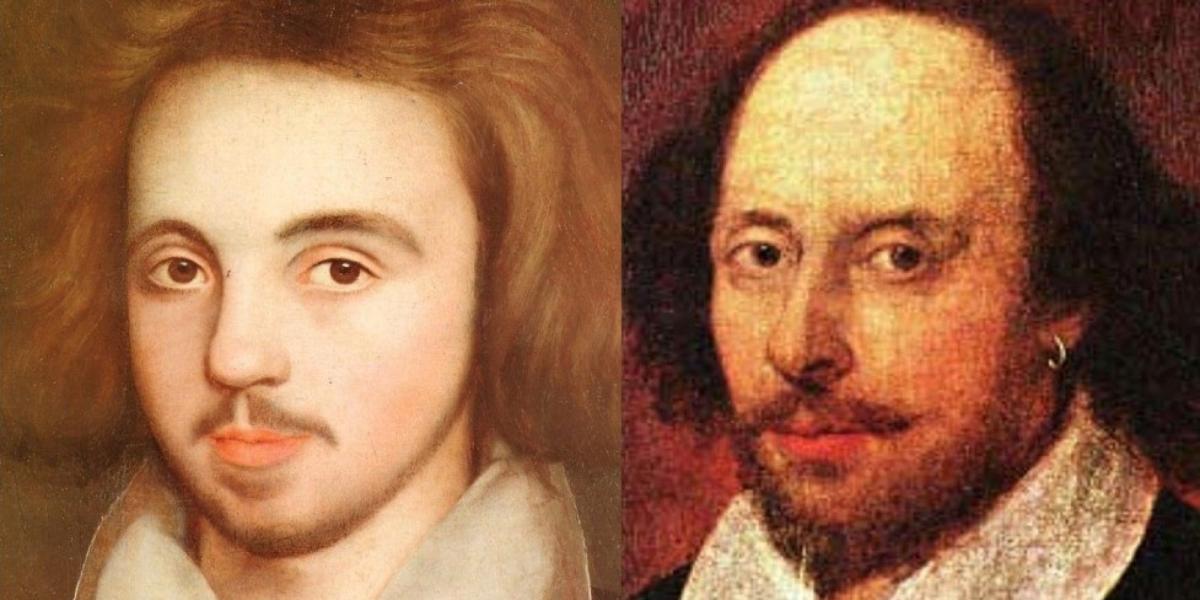 In the legacy of Donna, there is a mysterious poem "Canonization". It becomes clear if we compare it with poems of the collection: "We also say the characters in the poem, - the burning candle, and we die willingly/ And in ourselves we find the eagle and the dove. The Phoenix riddle us put a lot of mind/ We two are one./So both sexes combine to give rise to something neutral. We die and rise up, and claim the Secret of this love."

Wrapped in the robe statue headstone Donna is standing on the urn. Isn't it strange? Maybe it refers to the urn that holds the ashes of Roger and Elizabeth, Dove and Phoenix? Their spiritual Union and turned into the eternity of creative feat, their love and tragic death, perhaps, will eventually become one of the most beautiful myths of humanity, the same universal as the myths of Romeo and Juliet, Othello and Desdemona, Tristan and Isolde.

"Please accept my congratulations on the quality of Your arguments and research.

The response of this kind is not the first. I'm sure this recognition will only grow. However, surely there will be opposite reactions. They already were, differing more emotions than quality of arguments. Much swearing, not enough evidence. Won't go into all the details controversy. It is very difficult - this is really a property of human psychology - part of the familiar myths.